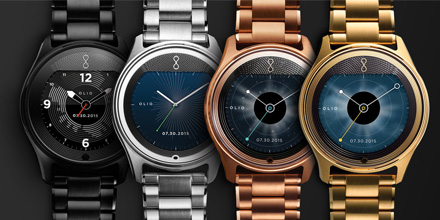 Ok, so I don’t really know what’s going on with this company as when you go to their websites all of their inventory is sold out.  I tried to sell them marketing about a year ago and they told me they are going through some sort of a shift or merger or something of that nature.  Now I know what you’re thinking, you’re probably saying I just suck as a salesman, but first off, I don’t – so there’s that – and secondly, this is legit.  The guy told me that TechCrunch is supposed to be putting out some sort of an article outlining the move and that when the time comes he’ll make me aware of it’s release.  From what I saw on their Facebook page back when I was pursuing them as a client is that this smart watch simply isn’t very smart.  That kind of explains why the company is in search of a bigger investor to buy them out.  I was pretty close to buying one of these bad boys when I was working at what we now refer to as the chop shop, also known as YP (yellowpages.com).  Yes, that’s still a thing.  Anyhow, I was makin that YP money and was very close to making the purchase because I thought it would look pretty sleek hangin off my wrist.   I balked and then they sold out and I’d say for the price, I’m pretty happy that I did.

That being said, if you just have stupid money, or don’t know what the fuck to do with your self (I fall into that category, or at least I did), the Model one may be right for you.  Wanna know the price?  Go to the website, this isn’t an official fucking GQ column.  You now know what it is, how it looks, where to find it and that its rather expensive so get your ass on the net, in a separate tab preferably and try to find one at Nordstrom.com, eBay or the official Olio Devices website.  Happy hunting, love you so much.

Jordan 1’s Patent Leather Black / Gold: Where to get em and how much to pay $$$

hipeGALAXY - October 17, 2022 0
KANYE WEST DRINK CHAMPS INTERVIEW CENSORED BY YOUTUBE Well, here we go again folks. big tech is back at it again censoring anything and anyone...

Meditating Rafiki Tank is a must have for the Spiritual Warrior...