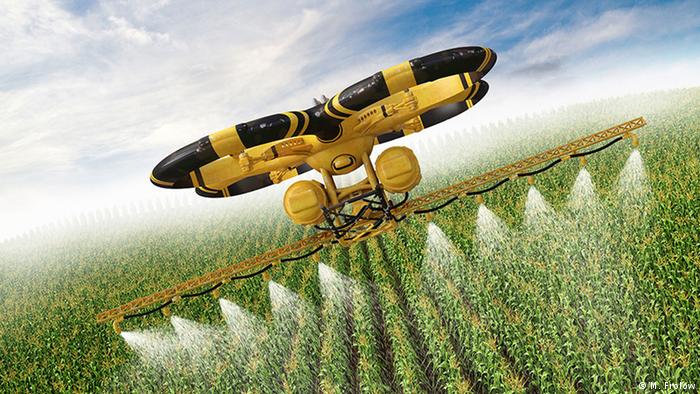 Corn has little to any nutrition nowadays anyway. Crops are meant to be eaten during a certain time of year and those seasonal crops compliment each other by prepping the soil with precious nutrients. That all went down the tubes when greed came along. Corporations like Monsanto saw how much money they can make off corn, if they grew it all year round and basically demonized it. That was the end of crop rotation as we had come to know of it.

But then the Earth fought back and started to grow weeds during the times corn was NOT supposed to grow – so Monsanto developed ‘Round Up’, which allowed them to grow the corn, spray the shit out of it and kill the weeds that were attacking the crops. But that method ended up killing too much corn because it was being sprayed with well, poison… so they just GMO’d the shit out of the corn until it became immune to the spray… and now you’re eating, well… god knows what. In fact, maybe god doesn’t even know.

But oh yea, it gets better. This shit is so cheap they said “hey, we are just gonna feed it to all the animals too 🙂”. But the animals weren’t growing bc they were being fed a shit diet and no one was gonna buy that shit looking chicken leg sitting on the shelf while it was looking all shitty and homeless, so instead of foiling that plan, they decided to pump the animals full of steroids instead. Of course, then they – the animals – got sick, which was of course, a problem, which lead to this in genial moment during an inglorious corporate circle jerk where they all decided to pump the farm animals full of antibiotics, simply to keep the animals alive, you know – because they were dying from the literal shit they were feeding them. I have to be fair here to the corn huskers. If the chickens and other animals actually lived in respectable habitable conditions, things wouldn’t have gotten AS bad. But we were literally stuffing them in cages on top of one another and they had no choice but to feed off their own feces. Getting back to my point, this method allowed them to slaughter this barely living carcass and feed it to your family. All in favor? “I” (in unison), said the board.

“Who cares if unknowing Americans feed this to their kids? My family eats organic.” said the rich man and the rich lady.

Let’s continue on with the charade!!! This is actually fun for me today.

Why do you think you see so many corn products on ingredient labels? Corn oil. High fructose CORN syrup. Corn starch. The list goes on and on (and on). This all went down somewhere along the lines of the 60s or 70s. The time where things really took a sharp turn downhill and corporations decided to trade their souls for the mere consummation of profits. They took control of an entire industry and decided to fuck over humanity. Well not all of humanity, just Americans mainly – all 323 million of them. HFCS might I add is BANNED in the UK. BANNED.

If you’d like to do your own research this article might be a good place to start.  You can also check out part of Vice’s documentary titled, “Savior Seeds” here.

SO… what are we left with? Basically a society within a country where we eat cereal for breakfast, have a sandwich and a soda for lunch and then chicken or steak and vegetables for dinner. Sounds pretty sensible right? Nothing too piggish or grotesque. Well guess what???!!! You just ate corn in all three of your meals. LOL!!! And undoubtedly in your snacks too. Feeling sick yet? Probably not, because your body is so out of wack and out of tune with itself you don’t feel a thing and just mistaken your constant headache, migraine, eczema or psoriasis as something your PCP or dermatologist can fix.

It’s in your cereal, it’s in your soda, it’s in your bread (HFCS) and it’s in the meat that you eat. And that moves us along to the good ole’ cancer machine that is the United States. Cancer rates are so out of fuckin control and nobody has any idea as to why. “What causes this?” We ask. “Such a terrible disease.” we say. “I really hope they do something about that Cancer.” we might think as we feast on our corn infested sandwich. “There is no scientific evidence any of this causes cancer.” conventional doctors explain. They’ll come up with excuses such as “We must feed the entire population, this is complicated stuff, you wouldn’t understand”. Yea, my ass! And if they don’t get you with cancer they’ll catch you with some weird “autoimmune” disease that no one can figure out why the fuck you have it. For those who don’t know any better than to eliminate foods from their diet, they are left getting pumped full of drugs like cymbalta, lyrica or gabapentin, I dunno choose one. You then take these pharmaceuticals as directed until your body slowly decomposes to the point where you’re not even really fully living. You’re just a walking, breathing, half dead bag of money to them. Eventually, you become so acidic they just take out part of your intestines or even better, YOUR THYROID!!! The whole thing, not just parts of it. Meanwhile you’re left paying for all these drugs, doctor visits, and whatever surgeries you may have “needed”. But nothing to see here folks. GMO corn is safe!!!

If you want to change your diet but don’t know how? Drop me a line @TheRezNation on Twitter or e-mail me directly at thereznation@hipegalaxy.com and I’ll give you a meal plan for absolutely fucking free, because that’s what the fuck I do.

NRA spokesperson Dana Loesch had a chance to make a difference...

March Against Monsanto March – Miami, FL – Why being active...